Home/Posts/Industry Trends, Uncategorized/Creativity Changes Constantly. Here’s Why We Should Cling to It
Previous Next

Creativity Changes Constantly. Here’s Why We Should Cling to It

“Creativity that flows” greets viewers as they enter Wendt’s website, accompanied by a cascading, frothy waterfall. This front-and-center placement—and the fact that the word is even larger than the agency’s logo—may seem odd, but it encapsulates the powerful impact creativity has as a cornerstone of Wendt.

Creativity sparks joy in some and shudders in others. Some people seem to believe that it is a magical element found only in children that dissipates as one ages, like monsters under your bed. “Oh, I used to be creative,” I’ve heard, quickly followed by the disclaimer, “As a kid. I drew/wrote/composed/painted all the time.”

But creativity, at least from my experience, isn’t something you grow out of. Instead, it’s an ever-evolving concept whose trajectory is worth following. I was a horrific visual artist as a kid. Yet my imagination concocted stories of chickens who played the trumpet and little girls who traveled through time. I made business cards for my side hustles that never quite took off (a dog-walking business and tutoring service). Creativity was using rocks for currency when playing “Town” with my other 7-year-old friends. We operated gas stations, ran grocery stores, and led police departments, all from the driveway.

As I grew older, the stories I wrote grew slightly more realistic, and I traded rocks for bimonthly real-life checks, but I never doubted that my friends and I still carried some semblance of creativity. It just looked a little different now: It was finding ways to persuade a staff writer to turn in his articles for the school paper; it was deciding how to angle a forehand out of the reach of my opponent. I wouldn’t have done well with a paintbrush, and honestly, I didn’t feel like I really needed it to innovate.

For the past month and a half, I’ve had the privilege of spending time in the many realms of creativity at Wendt. Whether they accept it or not, one doesn’t work at this agency without this special combo of innovation and individuality. As I interviewed the 14 individuals who make up The Wendt Agency, certain phrases were repeated across departments: on the forefront … wide-open spaces … client satisfaction.

They’re answers to different questions (what makes Wendt special, what they like about Montana, what success looks like to them), but what each response has in common is that sneaky, scary word. To be on the forefront of a field demands creativity. Montana’s wide-open spaces serve as an avenue for creativity to be pursued. And client satisfaction to the degree that Wendt provides each day requires the use of imagination and original ideas. The Wendt Agency utilizes this vision in all departments to ensure success, and it’s a welcome reminder for me that creativity doesn’t have an expiration date. 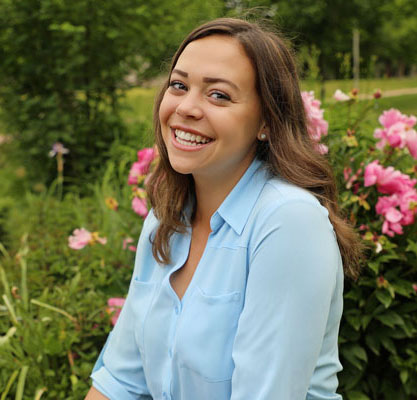